Pricing for the 2023 Chevrolet Bolt EV and Bolt EUV have been released and both see massive drops with the former being $5,900 cheaper on both trims.

At $26,595, the base 1LT grade is now the least expensive battery-electric vehicle in the U.S. market, undercutting the previous title holder, the 2022 Nissan Leaf, by $780. The more expensive 2LT grade costs $29,795, which is $8,580 lower than the range-topping Leaf SL. However, with Nissan simplifying the Leaf lineup to the base S grade and the SV Plus, Chevrolet may not have the same honors for long. Chevrolet also dropped the pricing of the 2023 Bolt EUV by $6,300 meaning the base LT grade now starts at $28,195 while the Premier checks in at $32,695.

2023 Chevrolet Bolt EV and Bolt EUV are most affordable BEVs

Where the 2023 Chevrolet Bolt EV will win out is on the technology and standard equipment fronts. Every model gets LED headlights and General Motors’ new infotainment system with a 10.2-inch touch screen, and wireless Apple CarPlay and Android Auto compatibility. The Chevy Safety Assist suite is also standard and includes front automatic emergency braking, pedestrian detection, lane-keeping assist, forward collision warning, and automatic high beams. Adaptive cruise control is available only on the 2LT grade.

Power comes from a 65-kWh battery pack and a single electric motor making 200 hp and 266 lb-ft of torque. As part of the 2022 model year refresh, Chevrolet added a more powerful 11.5-kW onboard charger. When using a level 2 AC charger, the Bolt EV can get a full charge in seven hours. However, its DC charging rate is limited to 50 kW, enabling it to regain 100 miles in 30 minutes. Most of its competitors are rated at 100 kW or higher including the Leaf, meaning they’ll charge quicker and get you back on the road sooner.

The Leaf, which is the Bolt EV’s key competitor, uses an air-cooled battery instead of a liquid-cooled one, meaning it will likely charge at lower rates due to it being hotter. Its range is also lower because the base model uses a 40-kWh battery, meaning you’re only able to travel 149 miles per charge. The optional 62-kWh pack increases the car’s driving range up to 226 miles for the S trim and 215 miles for the SV and SL grades.

For 2023, we’ll likely get only the latter since Nissan has limited the larger battery to the SV model. The Chevrolet Bolt EV, on the other hand, can travel 259 miles per charger since every model gets the same liquid-cooled battery.

One of the downsides of the Chevrolet Bolt EV is that it doesn’t get the same creature comforts as the slightly larger Bolt EUV. That model is available with a panoramic sunroof, ventilated front seats, and Super Cruise, GM’s hands-free semi-autonomous driver assistance system. The tradeoff is less range because the Bolt EUV is EPA-rated at 247 miles per charge.

For 2023, the Bolt EUV also gets a new Redline Edition with 17-inch gloss black alloy wheels, red accents, black bowtie badges, red decals on the side mirrors, and red and black badges on the hatch. The interior of the Redline Edition gets black leather upholstery with red contrast stitching and your choice of three exterior colors: Summit White, Mosaic Black Metallic, and Silver Flare Metallic. 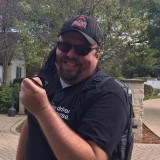