The 2023 bZ4X is Toyota’s first modern EV. It has a comfortable ride, well-built interior and plenty of safety features, though this battery-powered SUV also has a hidden Achilles’ heel, which turned out to be a bigger issue than we ever expected.

DC fast charging is the bZ4X’s greatest weakness. All-wheel-drive versions are only rated to absorb energy at 100 kilowatts, a figure that is way behind the times, though in EV Pulse testing, even that proved optimistic. We have all the juicy details just a few paragraphs down, so keep reading. We also have a comprehensive video of our charging test and a video review of this vehicle, so make sure to give those a watch, too. Many competitors (and even the front-drive version of this Toyota SUV) can absorb energy at a more respectable 150 kW. Of course, some rivals are much faster than that, including the closely related Hyundai Ioniq 5 and Kia EV6, which are both rated at 235 kW as well as the Tesla Model Y. Elon Musk’s latest and greatest should be able to pull in juice at a super-impressive rate of 250 kW.

Putting an all-wheel-drive bZ4X to the test, we first depleted the vehicle’s energy reserves, driving around the block a few times near our local Electrify America charging station to get the battery to a low state of charge. In fact, we actually got the pack to 0%, something most owners would never do. After that, we hooked this Toyota to a 350-kW charger, so we knew the power source would not be a limiting factor. Then we waited while recording the whole process. And then we waited and waited and waited some more.

Despite just about perfect weather conditions, with temps hovering right around 80-degrees Fahrenheit and the vehicle being rated to pull in 100 kW of energy, the highest number we ended up seeing with this bZ4X was a pitiable 86 kW, and that happened about five minutes into the charging session and was only sustained for two minutes. After that, the charging speed rapidly dropped, like an engine falling off a commercial jet. Just look at charging-curve graph; it’s an asymptote, getting infinitely closer to 100% without ever reaching it. Eventually, we ran out of time, giving up when the vehicle only reached a 95% state of charge. At that point, the rate had collapsed to a mere 3 kW and the charger estimated it would take 90 additional minutes to reach 100%. At that point, we’d already been charging for a whopping 3 hours and 12 minutes.

Now, the relatively good news is, if you start at a 0% and DC fast charge for 30 minutes, this Toyota’s state of charge should increase to around 54%, which, according to the EPA, should get you around 120 miles of range. The time to 150 miles was about 45 minutes, though it took the vehicle a whopping 105 minutes to crest the 200-mile mark.

As for the all-important 10%-to-80% range, the optimal recharge zone, our bZ4X required 61 minutes to accomplish this. Again, using EPA figures, that’s the equivalent of going from about 22 miles of range to 178, meaning in our testing, the vehicle gained about 155 miles of range in roughly an hour. So, in the Goldilocks 10%-to-80% window, this Toyota added an average of about 2.6 miles of range per minute, which is not competitive, well, unless your rivals are the several-years-old Chevy Bolt and Nissan Leaf.

Adding insult to injury, while juicing up, a new F-150 Lightning pulled up to the 350-kW charger right next to us. While it was charging, we glanced at the rate and saw Ford’s shiny new truck absorbing energy at better than 160 kW despite only being rated at 150. Even though that’s far slower than some of the other EVs mentioned above, this is how you do it, under-promise and overdeliver.

In Toyota’s defense, most owners are never going to DC fast charge from 0% to 100% because it takes forever, since batteries slow down dramatically past the 80% mark. Driving and charging in the 10%-to-80% window is the most efficient use of time. Our test is totally an outlier, though the data gathered is still important.

Finally, how much did this brutally slow DC charging session cost? Well, we spent $21.03 including tax to juice up the bZ4X, though our $4-per-month Electrify America membership did save us $8.14. Thank goodness EA didn’t charge us by the minute!

With all that out of the way, here’s an overview of our testing methodology for the EV Pulse Charging Challenge. First, we deplete a vehicle’s battery to between a 5% and 10% state of charge, a range where motorists on long trips would probably want to juice up. We do this by driving on the highway for at least 30 minutes to make sure the battery pack is warm. Next, we find a DC fast charger that can supply at least as many kilowatts of power as the vehicle is rated to accept, and then we plug-in and start charging. Along the way, we monitor the progress all the way to 100% (or thereabouts), so afterward we can analyze the complete charging curve.

Now, a few important notes about charging. Point No. 1, in some vehicles, if you enter a fast-charging station as a destination in the navigation system, they automatically start preconditioning, that is, warming up the battery pack, so it charges optimally, a smart feature the bZ4X does not happen to have. Point No. 2, realistically, you only want to DC fast charge to about 80%, because after that, the charging rate dramatically decreases, meaning that last 20% usually takes waaaay longer to get. Of course, we charge all the way to full (or, again, we at least try to), so you can see the complete charging curve. And point No. 3, DC fast charging is best used on long road trips. If you own an EV, most of the time you’re probably going to be juicing up at home using a slower, but more convenient and affordable Level 2 charger. 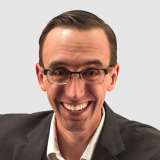 Craig brings 15 years of automotive journalism experience to the EV Pulse team. A lifelong resident of Michigan, he’s as happy with a wrench or welding gun in hand as he is in front of the camera or behind a keyboard. When not hosting videos or cranking out features and reviews, he’s probably out in the garage working on one of his project cars. To date, he’s fully restored a 1936 Ford V8 sedan and is currently resurrecting another flathead-powered relic, a ’51 Ford Crestliner. Craig is a proud member of the Automotive Press Association (APA) and the Midwest Automotive Media Association (MAMA).